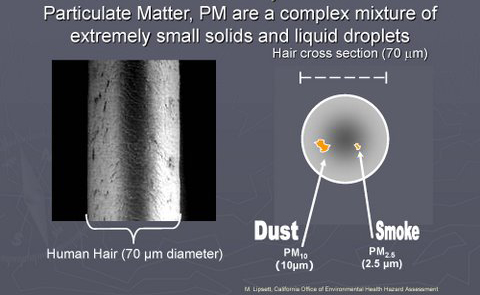 Particulate Matter (PM) consists of minute solid or liquid particles that are blown into the air. They are measured as either PM10 or PM 2.5 which refers to particles that are that number of microns in size or less. In the last few decades there have been numerous scientific studies that link PM to aggravated respiratory diseases such as asthma, bronchitis and emphysema, and to various forms of heart disease. PM is one of a list of substances deemed toxic under the Canadian Environmental Protection Act. There is no level that is considered 'safe' for particulate matter pollution. From an air quality management perspective, PM is the primary concern for most communities in BC. In Port Alberni the Ministry of Environment monitors PM and sulphur dioxide levels. The major sources of particulate matter in Port Alberni are from industrial emissions, vehicle exhaust, and smoke from open burning and residential wood heat. The latter significantly adds to the pollution load during the winter months when inversion conditions can prevail. 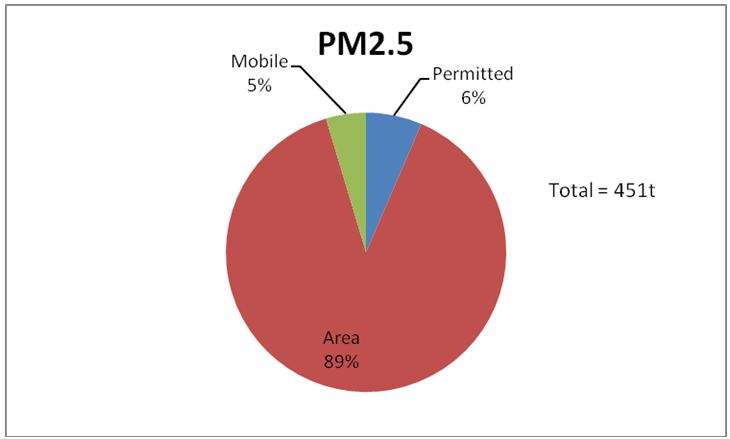 To view current PM 2.5 readings in Port Alberni:
BC's Air Quality Readings
(Click on the BC Air Data Archive, this will lead you to a new page. On the new page click on Most Recent Data in the left hand menu. After that click on Vancouver Island Ambient. This will show you the air quality readings for the different communities on Vancouver Island). PARTICULATE MATTER AND HEALTH 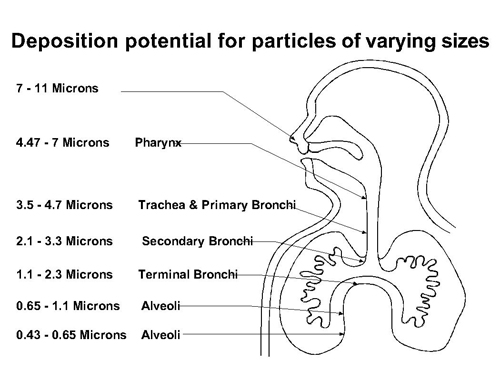 PM10 can be broken into two size fractions. Particles between 2.5 and 10 micrometers in diameter fall into the "coarse" fraction of PM10 and generally include more particles from natural sources that are formed through mechanical grinding processes. Road dust is a good example of coarse fraction fine particulate. Particles in this size fraction settle out of the air relatively quickly and, if inhaled, tend to be removed in the upper respiratory system. The fine fraction of PM10 contains particles that are less than 2.5 microns in diameter. These particles come mainly from combustion type process and can remain in the air for days to weeks. Examples of PM2.5 sources include such things as automobiles, industrial processes, cooking, open burning, and home heating (especially with wood stoves). When inhaled, these tiny particles are toxic to the human system because they can lodge deep within the lung causing tissue damage. If small enough, they can even enter the blood stream causing reactions, one of the most serious being inflammatory response that damages the heart. Following is a depiction of the human lung, the bronchi, branching bronchioles, and the alveoli. These are tiny balloon-like structures at the terminal end of the bronchial passages. Oxygen exchange in the lungs takes place across their membranes. PM 2.5 can penetrate into the alveoli and even cross their membranes, entering the blood stream. There are 300 million alveoli in the adult lung. 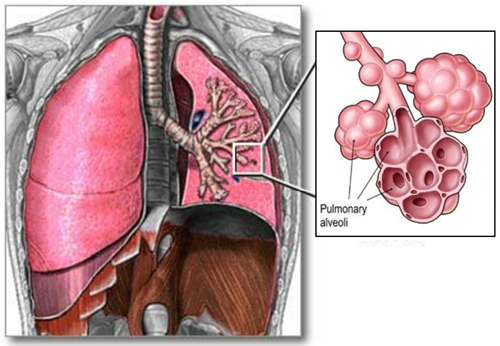 MEASURING PARTICULATE MATTER Current PM 2.5 sampling equipment, known as a BAM (Beta Attenuation Monitor), is situated on top of the Alberni Elementary School. It was installed there in January, 2010, replacing another sampler called the EBAM. The BAM is now part of the provincial Pm 2.5 sampling network. It produces hourly updates of PM 2.5 concentrations that are accessible to the public at: CURRENT PM 2.5 READINGS IN PORT ALBERNI
(Click on the BC Air Data Archive, this will lead you to a new page. On the new page click on Most Recent Data in the left hand menu. After that click on Vancouver Island Ambient. This will show you the air quality readings for the different communities on Vancouver Island). Following is a graph showing the typically high winter PM 2.5 levels from November through February. The BAM readings also indicate an air quality improvement for 2012.
EBAM and BAM readings from Sept 2007 to January 2012. 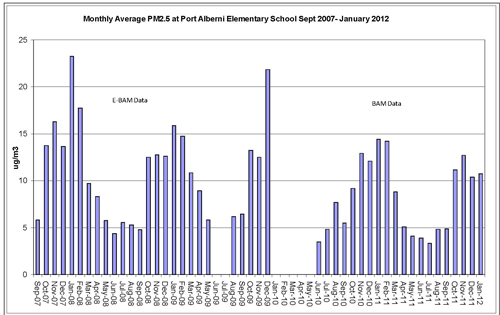 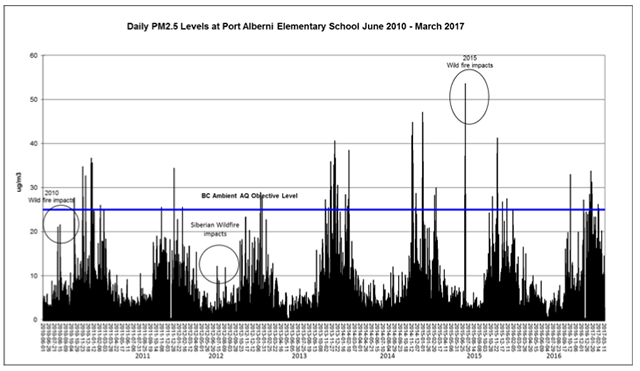 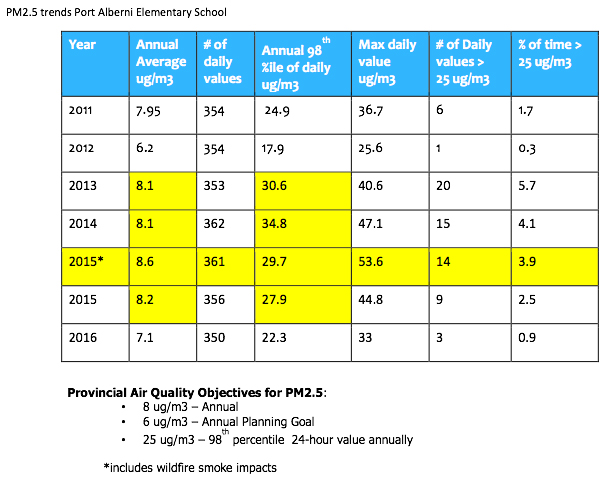 The graphs and charts above show that PM2.5 readings in Port Alberni are consistently over 25 ug/m3 in the winter. PM2.5 concentrations are much lower in the summer. The difference in PM2.5 between seasons is largely due changes in wind speed and direction. In the winter winds are primarily from the northeast and northwest. Where as, in the summer winds are primarily from the southwest during the day and from the northeast at night. Also, mean wind speeds are lower in the winter which decreases the rate of particulate dispersal. To learn more about air quality in Port Alberni look at theBC Ministry of Environment Report from January 2016 HISTORY OF PARTICULATE MATTER SAMPLING IN PORT ALBERNI OBJECTIVES AND STANDARDS FOR PARTICULATE MATTER
Return to Top
Governance
Agendas & Minutes Bylaws Calendar of Events Contact Finance Notices Electoral Area Boundaries
Community
Emergency Preparedness Fire Departments Parks and Trails Regional District Information Sproat Lake Marine Patrol
Business
Business License Population Statistics
Planning & Development
AV Agriculture Plan Building Inspection Maps OCP Planning Process Zoning Bylaw
Services
Airports Waste Management Recycling Schedules Water Systems