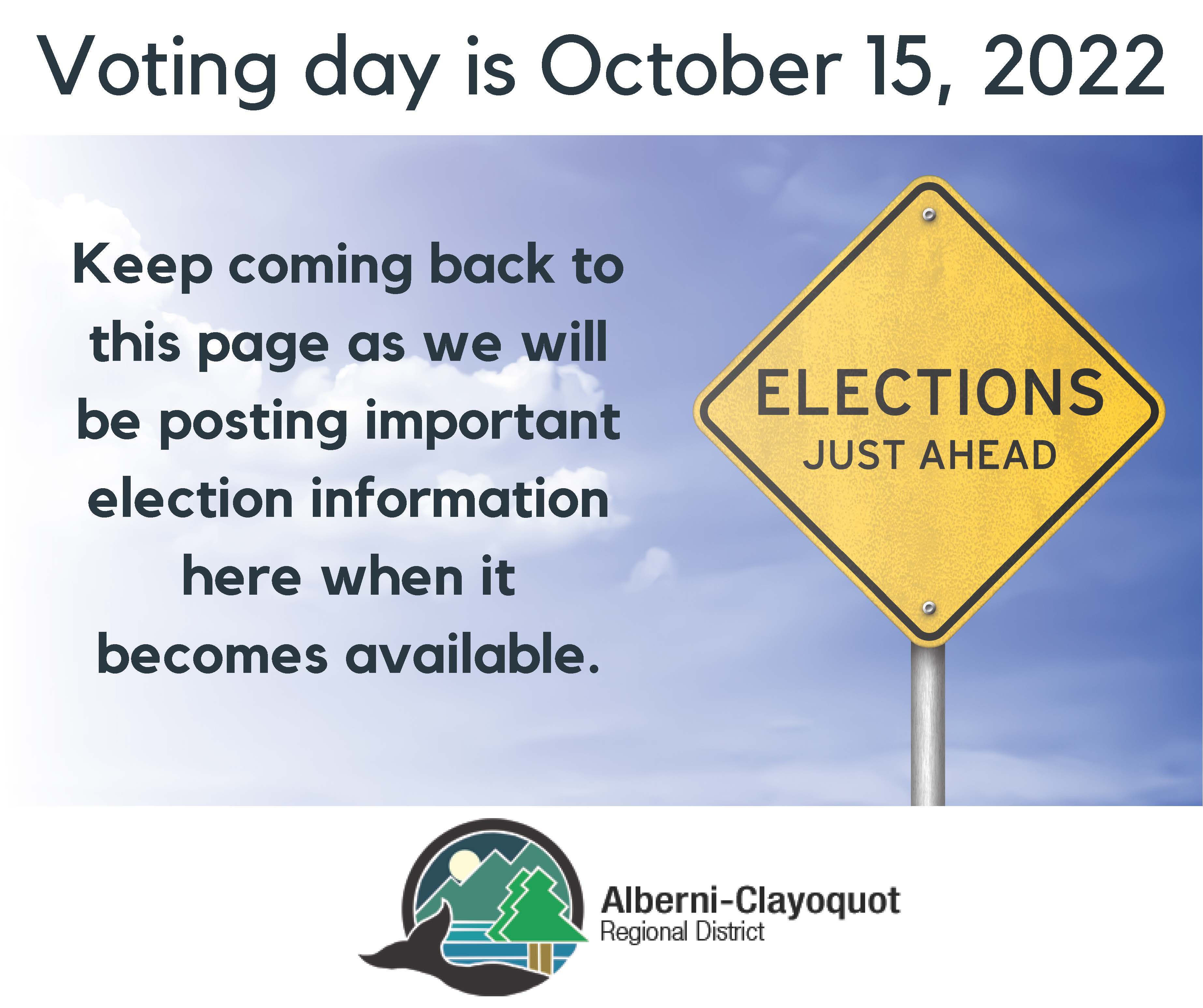 Information on ACRD Elections and Elector Approval processes is available here, including ACRD Board Elections, Referenda, and Alternative Approval Processes. For information on past elections and approvals select the election from the left hand panel. The Administration Department is responsible for conducting the Local Government Elections, held every four years. The next local government election will be held on October 15, 2022. Elections for directors to represent the electoral areas occur every four (4) years as part of the General Local Election system in British Columbia. The next local government elections will be held on October 15, 2022. Local government elections will be held on the third Saturday in October. Directors may be elected by acclamation (in the case of a single qualified candidate) or by voting (where there is more than one qualified candidate).

Voting in local elections is limited to residents and property owners of the voting jurisdiction who meet minimum statutory qualifications.

In the event a vacancy occurs for a director, a by-election to fill the vacancy will usually be held as soon as reasonably possible.

In addition to elections and by-elections, the Regional District may also hold a vote (other voting/referendum) to determine public opinion on a matter, or to obtain the assent of the electors on a proposed service.