West Coast unauthorized camping crackdown
Citizens of Vancouver Island's west coast are asking all overnight vehicle and tent campers to make a reservation at an authorized campground before arriving on the West Coast.
Emergency Support Services grant funding awarded
The ACRD receives a 2022 Emergency Support Services grant from the Union of BC Municipalities
ACRD seeks input on Maplehurst Park
prev
next
Loading...

Historically, few persons have been killed or injured by earthquakes although many have lost their lives in the resulting collapse of buildings, fires, landslides, tsunamis and dam failures. Earthquakes also create a large number of related hazards. Shock waves or tremors can initiate breaks in electrical wires, rupture gas mains, destroy tanks holding flammable or toxic substances, crumble roadways and bridges and render a panic stricken citizenry momentarily incapable of exercising basic self-help measures. Earthquakes occur most frequently where they have been relatively common in the past. Of primary importance is the realization that the Alberni Valley is located in a region that is prone to seismic activity.

The Alberni Valley lies in the Modified Mercalli Intensity VIII Zone. According to the Mercalli Scale, an earthquake of intensity VIII will result in the following: slight damage to specially designed structures; considerable damage (including partial collapse) to ordinary buildings; great damage to poorly built structures; fall of smokestacks, chimneys, columns, walls and monuments; overturned heavy objects and furniture; broken windows and considerable glass on sidewalks. 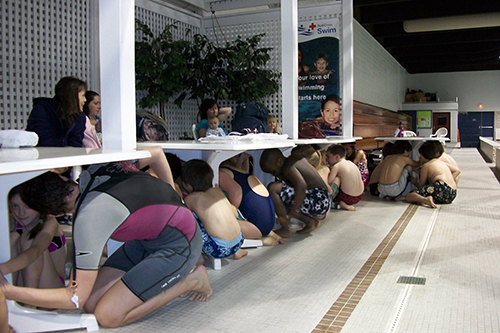 The appropriate response to an earthquake is to "Drop! Cover! Hold On!" until the shaking stops. For detailed information on planning for, and surviving and earthquake click on the following links:
www.shakeoutbc.ca
www.embc.gov.bc.ca

For information on the science of earthquakes:
www.earthquakescanada.nrcan.gc.ca

Click on the above images for a larger view

"Surviving a Disaster is Everyone's Business"