West Coast unauthorized camping crackdown
Citizens of Vancouver Island's west coast are asking all overnight vehicle and tent campers to make a reservation at an authorized campground before arriving on the West Coast.
Emergency Support Services grant funding awarded
The ACRD receives a 2022 Emergency Support Services grant from the Union of BC Municipalities
ACRD seeks input on Maplehurst Park
prev
next
Loading...

Home  >  Community  >  Air Quality Council Web Directory  >  What is Air Pollution?  >  Criteria Air Contaminants
Criteria air contaminants (CAC), are a set of air pollutants that cause smog, acid rain, and other health hazards. They are typically products of fossil fuel combustion and are emitted from many sources in industry, mining, transportation, electricity generation, and agriculture. Information on industrial CAC emissions is collected annually and summarized within the National Pollution Release Inventory (NPRI) reporting, which began in 2002. Criteria air contaminants include: Particulate Matter (PM 10, PM 2.5) - click here
Nitrogen Oxides (NOx)
Ozone (O3)
Carbon Monoxide (CO)
Sulphur Oxides (SOx)
Volatile Organic Compounds (VOC)
Ammonia (NH3) NITROGEN DIOXIDE (NO2) Nitrogen dioxide is a brownish gas that causes acute respiratory irritation at concentrations of 1 ppm (part per million) for 15 minutes. Exposure causes irritation of the mucous membranes in the respiratory tract and increased risk of respiratory infection, particularly for children and asthmatics, and, at high levels, reduced lung function. Also N02 is an important precursor to acid rain and to ground-level ozone formation through photochemical reactions. NO2 is produced during fuel combustion (ie. coal, fuel oil, diesel, and gasoline). Due to the toxicity of NO2, airshed planning requires careful management of traffic and exhaust from cars, heavy trucks, boats, ships, and off-road equipment. Approximately 60% of all NOx emissions in Port Alberni are from mobile sources, 30% from industry, and the rest from various area sources. Although mobile sources contribute significantly to ambient NO2 concentrations within Port Alberni, those concentrations are relatively low. Hourly averages for all seven months of sampling conducted by Levelton Engineering in 2001 were under 20ug/m3. The national ambient air quality objective for NO2 hourly average is 400ug/m3. OZONE (O3) Ground level ozone is the main component of smog. It is produced in the atmosphere by the reaction of volatile organic compounds, VOCs, and nitrogen oxides, N0x, in the presence of sunlight and warm temperatures. In low concentrations it can irritate the eyes, nose and throat. It increases susceptibility to respiratory infections, sensitizes the airways to irritants and other allergens, and decreases lung function and physical performance. Prolonged exposure can damage lung tissue, cause premature aging of the lungs, and contribute to chronic lung disease.

The information above was included in the proposed Port Alberni Generation Plant study done by Levelton Engineering in 2001. The data was collected at a temporary monitoring station installed at the old BC Hydro office near 6th Avenue and Wallace Street.

Under the old federal ambient air quality objective the maximum desireable for the 1-hr average was 100 ug/m3 (maximum acceptable being 160 ug/m3) and for the 24-hr average was 30 ug/m3 (maximum acceptable being 50ug/m3). The high 1 hour maximum levels in the winter are caused by storm turbulance that can bring the ozone concentrations that exist at higher altitudes, down near the ground. The new CWS for ozone is 65 ppb for a daily 8 hour averaging time (based on the 4th highest annual measurement, averaged over 3 consecutive years). This is slightly more stringent than the old objectives. CARBON MONOXIDE (CO) Carbon monoxide is an odourless, tasteless, colourless gas produced by the incomplete combustion of fuels, mainly from cars. It interferes with the bloods ability to carry oxygen to the brain, heart, and other tissues. It can slow reflexes and cause fatigue, headache, confusion, nausea, and dizziness. Inhaling large amounts can cause death by suffocation. The national ambient air quality objectives for CO are:

SULPHUR DIOXIDE (SO2) Sulphur Dioxide is a colourless gas with a strong odour that is an irritant to the eyes and respiratory tract at concentrations of 5 ppm for 10 minutes. Persons with asthma are extremely sensitve to SO2 and may experience attacks of wheezing (bronchoconstriciton) from exposure over about .25 ppm. It is absorbed by the mucous membranes in the respiratory system leading to irritation, coughing, chest discomfort, reduced lung function, respiratory diseases, cancer and increased risk of morbidity and mortality. "The burning of fossil fuels from smelters, power plants, refineries, and internal combustion engines (including automobiles) results in a range of sulphur oxides in the atmosphere, with SO2 being the dominant air pollutant. In addition, the production of wood pulp produces sulphur-based contaminants such as hydrogen sulphide and SO2 (Goyer & Lavoie, 2001)." from Provincial Health Officer's Annual Report 2003, page 14 Approximately 90% of SO2 emissions are from Catalyst Paper Corporation. Monitoring of SO2 in the Alberni Airshed occurred from 2014-2017 at the Alberni Elementary station. The national ambient objectives for SO2 are: 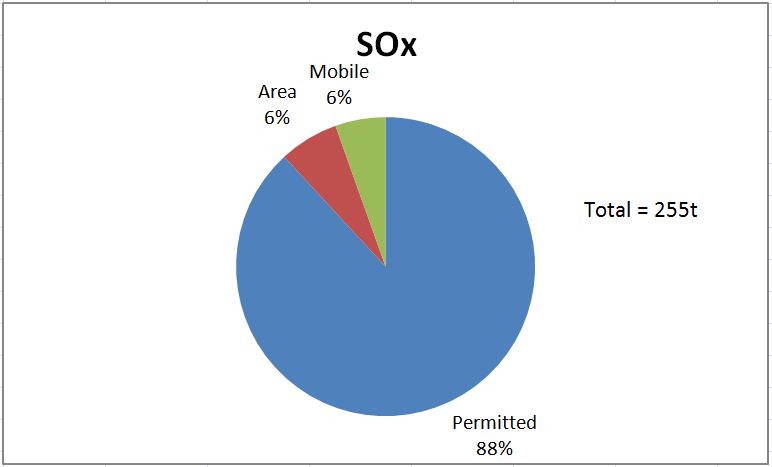 VOLATILE ORGANIC COMPOUNDS (VOCs) VOCs are carcinogenic compounds and are precursor pollutants contributing to the formation of both ground-level ozone and PM. Major sources are from the transportation sector, products containing solvents, industrial processes, and residential wood burning. Approximately 90% of the VOC emissions in Port Alberni are from mobile and area sources. There is no current monitoring for this substance in the Alberni Airshed. 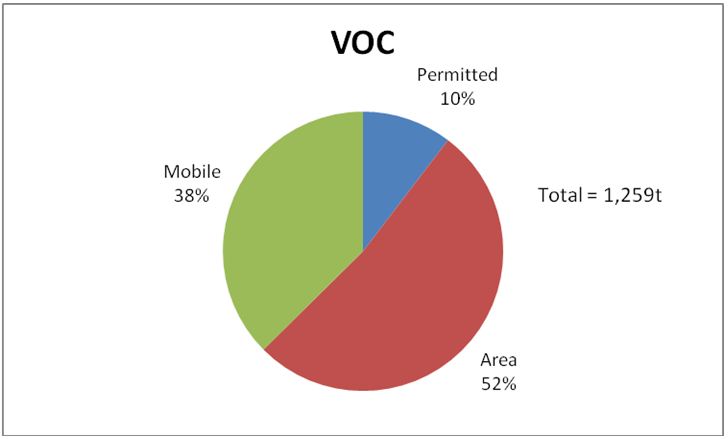