Home  >  Community  >  Air Quality Council Web Directory  >  What are the Main Sources of Air Pollution?  >  Pulp and Paper Pollution  >  History of Air Quality Improvements
Port Alberni has an amazing history when it comes to air quality. Back in the 50's and 60's, there was less awareness about the importance of clean air and water, and both were used regularly as recipients for industrial waste. At that time, air pollution levels were relatively high and in a range that has statistical health effects associations ranging from missed school and work days to chronic illnesses, and even deaths in the population. Although we rarely think back in those terms, there is no question there were harsh health impacts from air pollution for many who resided in the valley. One of the single biggest benefits to our airshed since then came in 1989 with the installation of a electrostatic precipitator in the power boiler stack at the Macmillan Bloedel pulp and paper mill. Suddenly it was no longer necessary to remove soot from your car at the on-site car wash. Clothes hung out to dry no longer came back with that disappointing grey tinge The pulp and paper industry in Port Alberni has literally emerged from that soot and ash to become one of the least polluting mills in BC. In 1988, PM 10 stack emissions were over 900 mg/m3. By 1999 they had dropped to about 100 mg/m3. Current readings are only about 5mg/m3. Catalyst now contributes only about 6% of the total PM 2.5 in our air. This compares with the estimated 89% that comes from area sources, such as outdoor burning. Catalyst has invested a great deal of time and money on innovations designed to reduce emissions. For example, in 2011, they applied $4.5 million (made available through a 'Green Transformation Program') for improvements to boiler efficiencies including secondary combustion. These improvements should lead to better air quality, including reduced dioxin emissions. They are also required to engage in rigorous scrutiny and strategic management with regard to reducing their greenhouse gas emissions. Larry Cross has been the local pulp and paper representative to the Air Quality Council since 2004. At that time, he was the Environmental Manager for Norske Canada, a position he had already held for 14 years. His knowledge, patience, and attention to detail have been invaluable in creating an interface for industrial and environmental concerns. 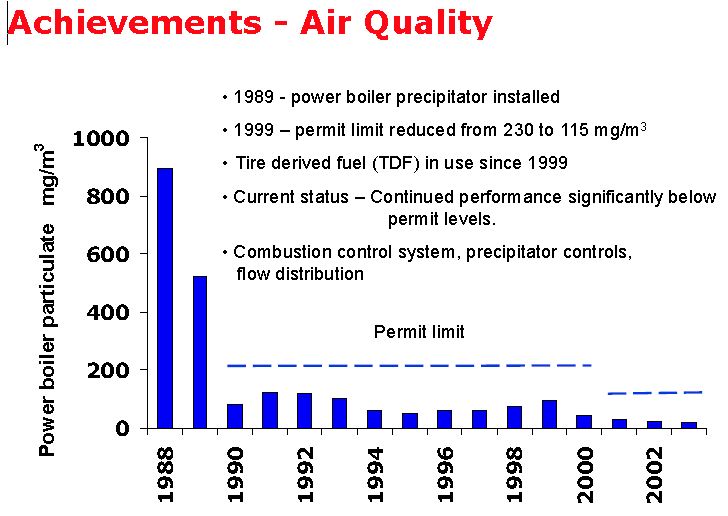 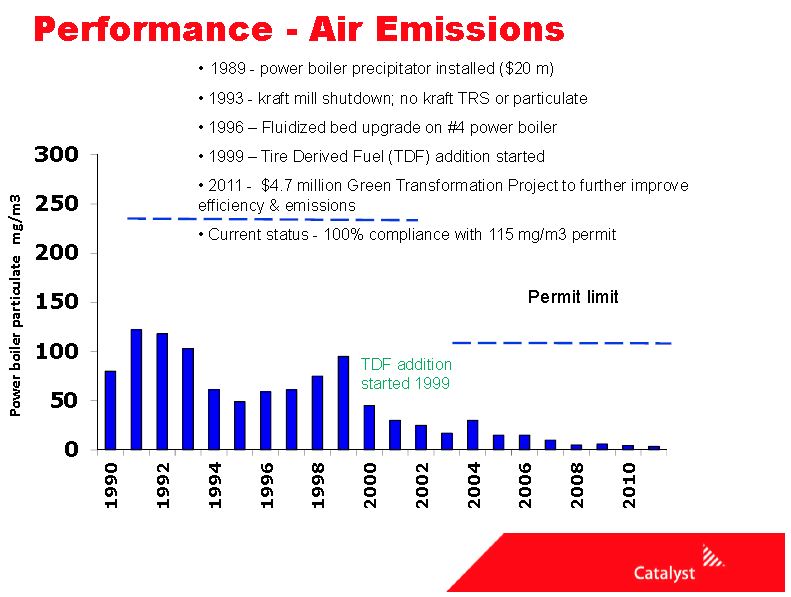